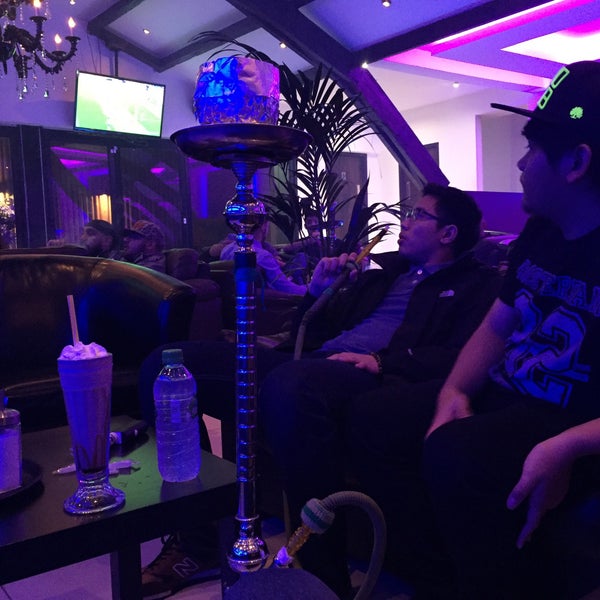 A campaign to raise awareness of the dangers and legality of smoking shisha has been launched to tackle common misconceptions surrounding smoking shisha or hookah.

Contrary to popular belief, smoking shisha is not safer than smoking cigarettes.

Studies show that one hour of smoking shisha can be as damaging to health as smoking 100 cigarettes.

Clubs in the UK with Shisha Lounges are growing in number. In Mancheters there is "Blue Mist", The Bijou Club, and one indian restaurant has a shisha terrace.

A multi-agency team, led by Manchester City Council's licensing and out of hours team, visited shisha cafes in Rusholme, to deliver this health message and to ensure that cafes and customers were complying with the legislation.

Postcards warning people of the health risks as well as the legality of smoking shisha were distributed to all the cafes in the city.

The filtration through the water does not filter out the harmful tobacco smoke, the exotic flavours masks out the tobacco taste, making it easier to smoke shisha for longer.

Average shisha sessions can last about one hour each.  This exposure to the carcinogenic tobacco smoke by the individual and the people who are affected by passive smoking, is dangerous to health and is a cause for concern.

(it is the nicotine which is addictive)

Dr Murugesan Raja, clinical lead for respiratory medicine for Manchester Health and Care Commissioning, said: ”The misconception that smoking shisha is not as harmful or addictive as smoking cigarettes is a real concern because the number of young people smoking shisha is on the increase. We need to raise awareness by educating people of the dangers to their health and not be duped by the flavour or the social attractiveness of this pass time. Evidence suggests that it can increase the risk of getting lung cancer, can cause heart problems and other long term lung conditions.”

Councillor Bev Craig, Executive Member of Adult Health and Wellbeing at Manchester City Council said: “It is a worrying trend that with the increasing number of shisha cafes springing up in the city, more young people are being enticed into smoking shisha because they aren’t aware of the health risks associated with it. It would be inconceivable that someone would be able to smoke 100 cigarettes in an hour but it is commonplace for young people to spend at least one hour smoking shisha so  we need to educate people to the potential risks to their health.”

Shisha cafes have to comply with the no smoking legislation and smoking shisha inside is illegal, even if it is tobacco free.

Shisha smoking can take place in an outside or open area but anyone caught smoking inside would be subject to a £50 fine.

During the visit, officers identified a number of offences relating to smoking inside and not displaying adequate no smoking signs inside premises and five fixed penalty notices were handed out.

Councillor Nigel Murphy, executive member for Neighbourhoods said: "No Smoking legislation has been in place since 2007 and  there is no excuse for anyone to flout the law. Smoking is not allowed, whether it is cigarette or shisha inside premises and we will continue to work alongside our health colleagues to ensure that people are aware not only of the legal issues but the risk to health as well."

Vaping Gets Boost from British Study